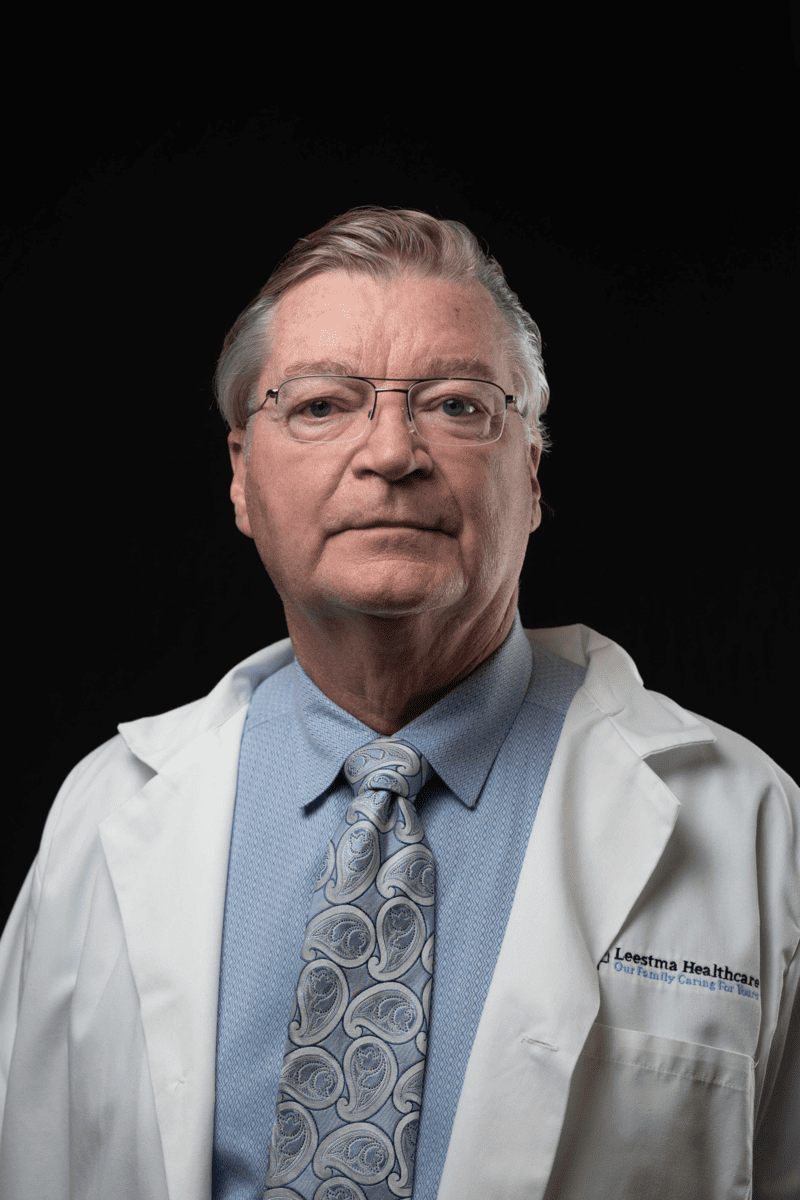 Dr. Leestma then went on to complete his post-doctoral training with an internship at the Chicago Osteopathic Hospital in Olympia Fields, Illinois, in 1979. From there, Dr. Leestma joined Porter County Physicians of Valparaiso, Indiana, and worked there from 1979-1982. In 1982, Dr. Leestma founded Leestma Healthcare in DeMotte, Indiana, and has served DeMotte and the surrounding community ever since.

Dr. Leestma has enjoyed serving DeMotte over the years. “It’s been a privilege being a part of the DeMotte community for the past 33 years. I raised a family here and made many friends.”

Dr. Leestma is proud to have his son join him in the practice and looks forward to the future of Leestma Healthcare. Dr. Leestma is on staff at Pinnacle Hospital in Crown Point, Indiana. He lives with his wife Barbara in Northwest Indiana. 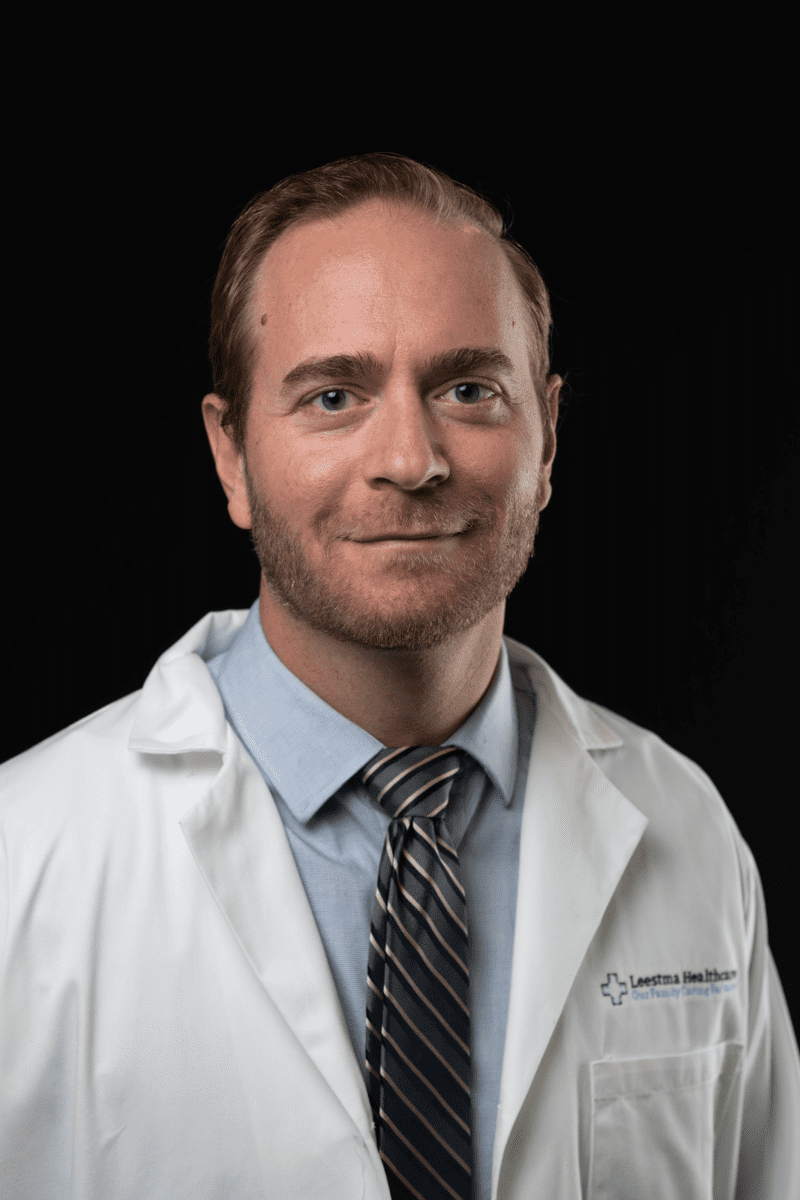 Dr. Micah Leestma received his bachelor’s degree in biological sciences from Purdue University in 2007. From there he attended the Chicago College of Osteopathic Medicine at Midwestern University where he received his D.O. (Doctor of Osteopathic Medicine) degree in 2011. Dr. Leestma completed his internship at MacNeal Hospital in Berwyn, IL in 2012, and then continued his post-doctoral training with a residency in family medicine at MacNeal hospital. He completed his residency in 2014 and has been with Leestma Healthcare since then.

“The reason I enjoy family medicine is that I have the opportunity to care for patients of all different ages with a wide variety of health needs.”

He also has a special interest in preventative medicine and dermatology. Dr. Leestma lives in Northwest Indiana with his wife Debbie and their four children William, Lucia, Ezra, and Gabriel. 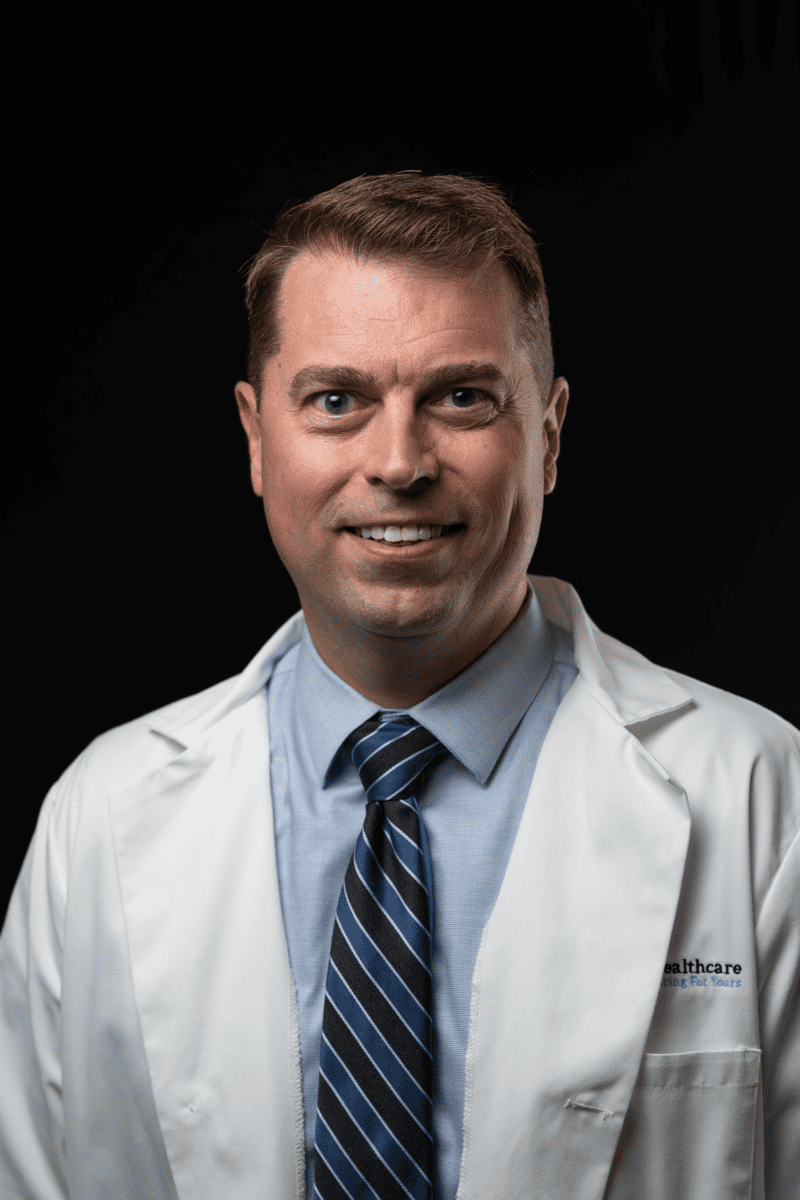 Adam Leestma received his bachelor of science in nursing from Purdue University and his Masters's in nursing from South University. He is a member of the American Association of Nurse Practitioners. Adam is interested in working with patients across the lifespan and focusing on preventative medicine. He is particularly concerned with helping patients to manage their long-term illnesses. Adam feels that it is important to work closely with patients to treat the whole person and not just the disease.

“I am excited to have this opportunity to work with my family and to serve the community I grew up in”.

Adam lives in northwest Indiana with his wife Charissa and their 4 children, Maya, Nolan, Paige, and Corrine. 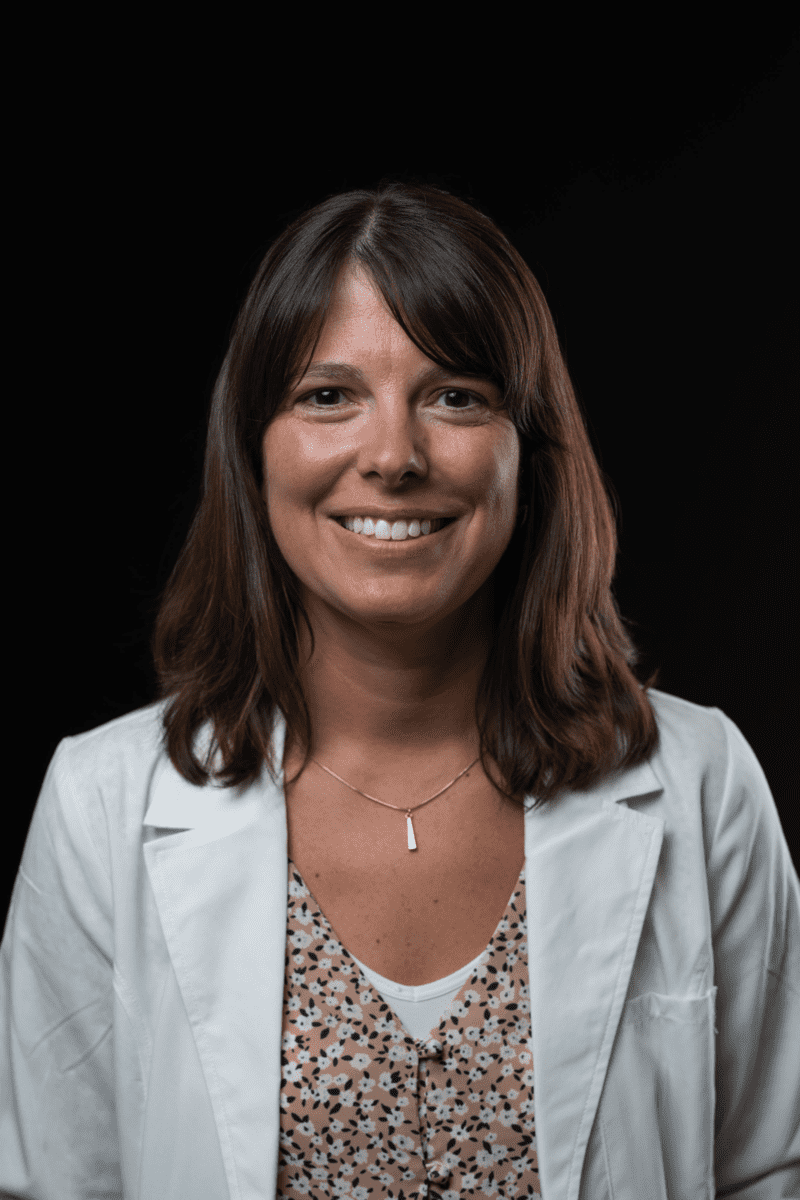 I have been a Family Nurse Practitioner for six years. Prior to that, I spent most of my eleven years as a registered nurse for maternal children. I live in the community with my husband, our two teen children, dogs, cats, and ducks. I enjoy the outdoors, reading, and spending time with family and friends. I look forward to joining the practice and continuing to serve our community.

Mallory Matusik received her Bachelor of Science in Nursing from Purdue University and her Doctor of Nursing Practice degree from Valparaiso University. She had been working as a registered nurse for 6 years in the postpartum/nursery prior to pursuing her nurse practitioner license and joining the Leestma family. She has a special interest in women's health and enjoys working in primary care, caring for patients across the lifespan with a focus on preventative medicine. Mallory lives in Northwest Indiana with her husband and dog and enjoys spending time with family and friends. She looks forward to caring for those in the community and their families. 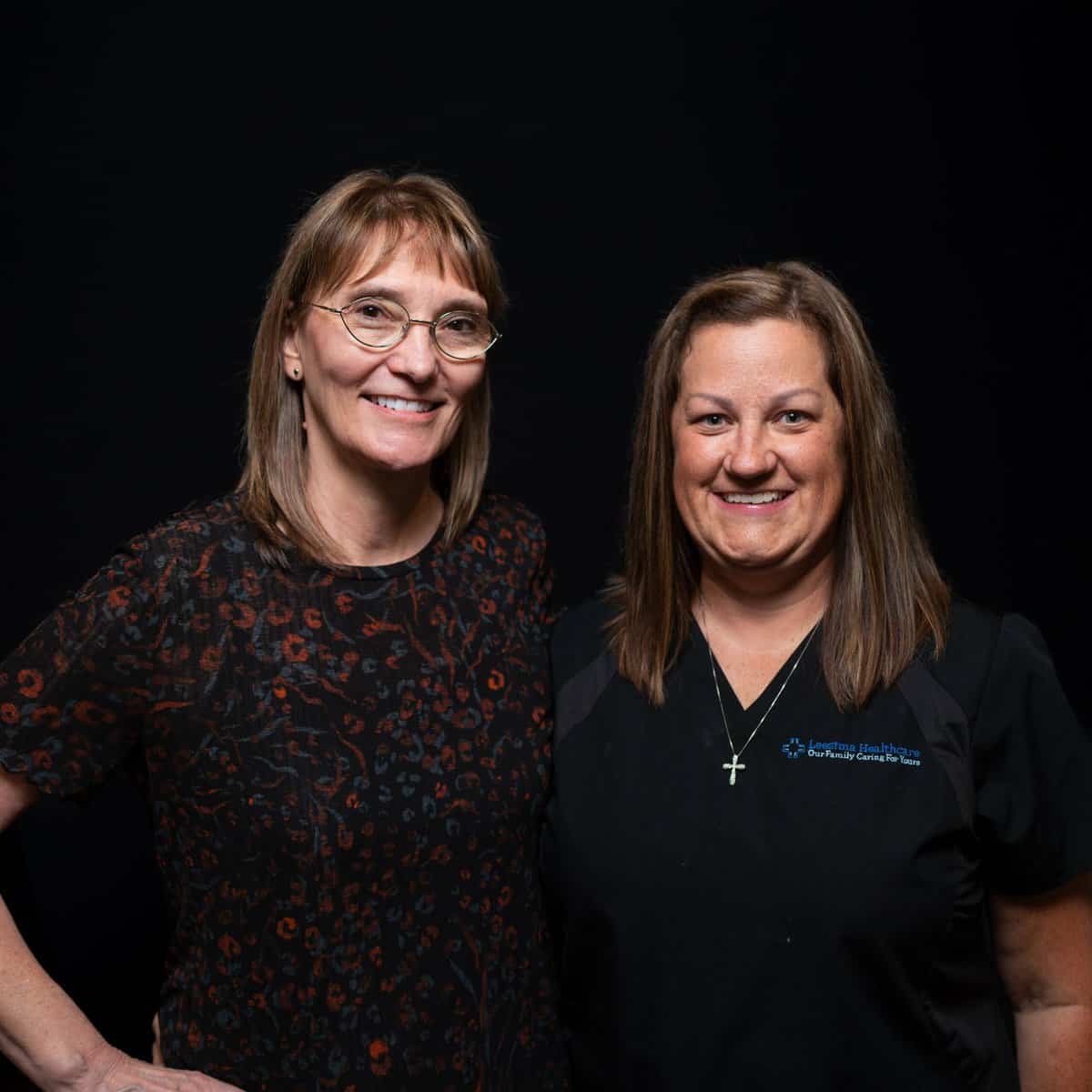